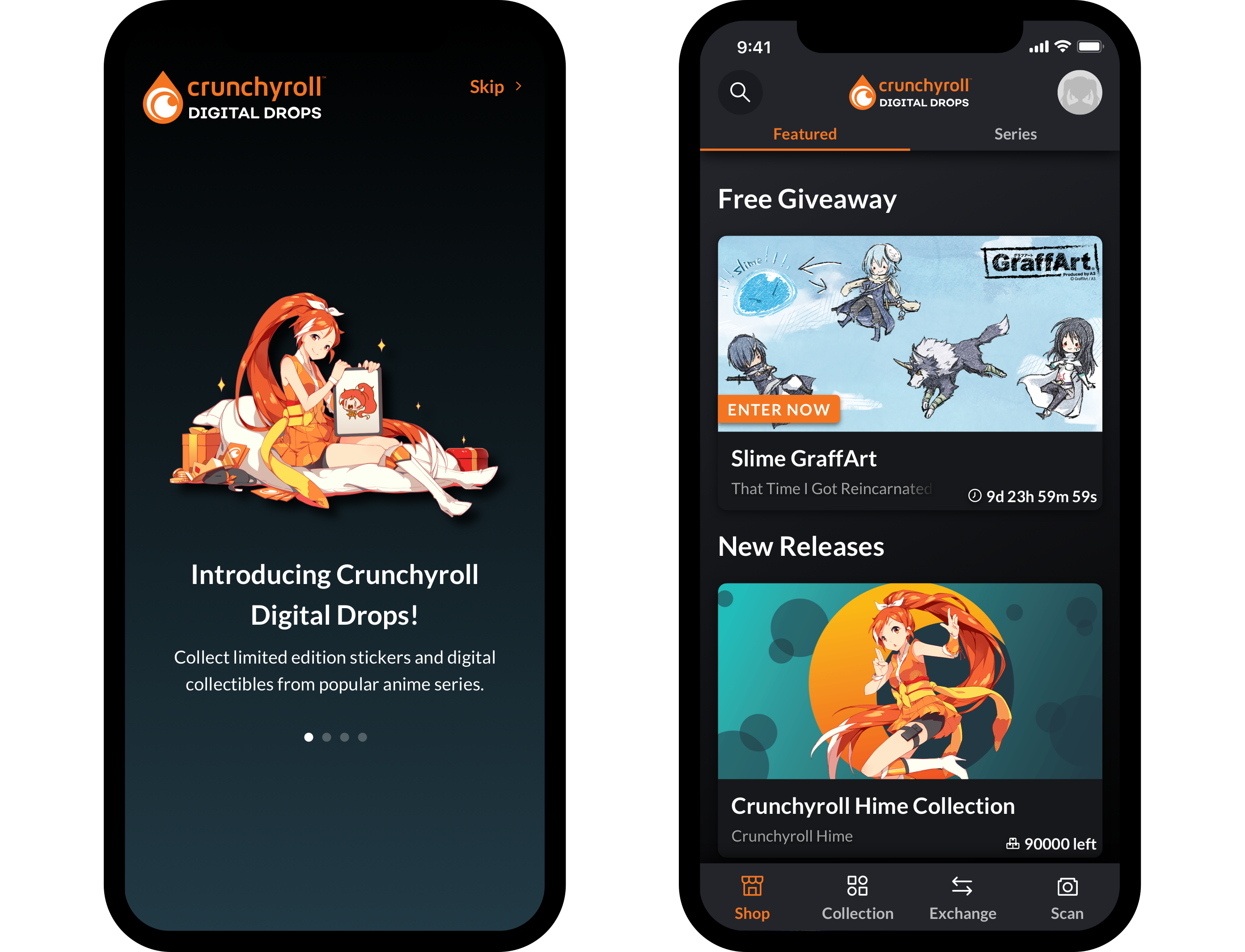 At Rare Bits, our mission was to prove that there was a market for scarce, digital collectibles. We decided to partner with Crunchyroll, the largest anime streaming service in the world, to build a digital collectible experience for anime fans.

With a lean team and 6 months, we built a mobile entertainment app for anime fans that allowed them to buy, collect, and trade digital stickers from their favorite anime. We launched our mobile app on both Android and iOS app stores and greatly surpassed our revenue goals, proving there was a demand for scarce, digital collectibles.

I was responsible for the entire design of the app from its initial concept to its launch and beyond. When we first garnered interest from Crunchyroll, we knew that we wanted to work together, but neither party knew which direction to head. To establish alignment and clear goals, I led a design sprint with my team that resulted in the narrative and wireframes for our initial pitch to Crunchyroll. After selling them on the concept, I prototyped and iterated on the design of the app over the course of 6 months as I leveraged user research and data to support my design decisions.

I used this prototype to establish a realistic interpretation and solid understanding of what was to be built. This prototype helped drive several key conversations between my team and Crunchyroll's team that took us to the finish line. You can view the interactive, prototype showing all of the app's core functionality by clicking the button below.

After applying the Crunchyroll-approved branding and final touches to the app... We went live! Below you'll see a recording of the app that went live on the Android Google Play and iOS App Store.

Even though we had a lot to do, I made sure to maintain a style guide to ensure we weren't compromising on quality and consistency. Keeping this updated also allowed us to prototype ideas quickly.

Ultimately, the app was a great success. We surpassed the revenue and engagement goals for Crunchyroll and proved that there was a strong demand for digital collectibles. In terms of revenue, Crunchyroll Digital Drops more than doubled the industry standard for mobile games. Additionally, the app received rave reviews with app store ratings averaging 4.9+ stars on both iOS and Android.